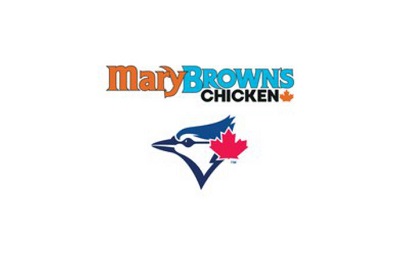 Mary Brown’s Chicken is not only one of Canada’s fastest-growing restaurant chains with over 200 locations across the country, but they are also 100 per cent Canadian-owned and operated since 1969 from their origins in St. John’s, Newfoundland. 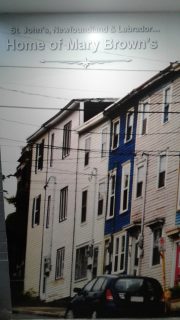 They’ve now secured a home run partnership with Canada’s only Major League Baseball team, the Toronto Blue Jays. Starting this season, Mary Brown’s fans and soon-to-be fans will see a whole lot more of this 50+ year-old Canadian favourite. Whether it’s a brand presence in the stadium or at the MB concession location – or through extensive national broadcast, digital and social media coverage – Mary Brown’s Chicken is about to be everywhere, including the first-ever Mary Brown’s Chicken concession location at Rogers Centre.

I’ve been a big fan of Mary Brown’s since first discovering them in Newfoundland several years back. We were on a road trip and they were literally in every small town across the province, so we undoubtedly stopped at a few locations over the course of our travels. Seeing the current growth of this Canadian franchise branching out nationally across the country, brings back so many memories of not only my travels, but that awesome taste.

So when the new Nashville Mary was announced, I had to get my chomps into it. I stopped by the 519 Danforth Ave location recently, and was pleased with the layout, design, and cleanliness of the restaurant, and also the welcoming persona of the staff. There’s a great side-street patio as well. 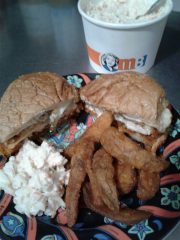 As for the Nashville Mary combo, it didn’t disappoint. This is one large, fulfilling sandwich. A whole chicken breast, lightly breaded and glazed, with just the right amount of spice, and not over saturated with toppings. The fresh sesame seed bun tops it off nicely as well. As for the Nashville Taters, again, they were delicious. Done perfectly right, crisp and crunching, with light seasoning. Let’s face it, who wouldn’t choose taters or fries? As for drinks, there’s a wide selection of Pepsi products, including four flavour of Bubly. Be sure to order a side of their creamy coleslaw to complement the meal. You won’t be disappointed here either.

While at the restaurant, I overheard the four people in front of me all ordering the same combo. So, the word it out. It’s time you sunk your teeth into this soon to be famous sandwich combo. Also, for those living in the west end of the city, there’s a new Mary Brown’s location opening at 1318 Queen Street West that’s schedule for June 1, 2022. For all nearby locations, click here.

Mary Brown’s Chicken is also a proud supporter of charitable organizations, BGC Canada (formerly Boys and Girls Club) alongside  Jays Care Foundation, the philanthropic arm of the Blue Jays. Over the next five seasons, Mary Brown’s looks forward to deepening the level of support to BGC in harmony with Jays Care, to level the playing field for children nationwide as well as bringing exciting experiences and activations to baseball fans across the country.