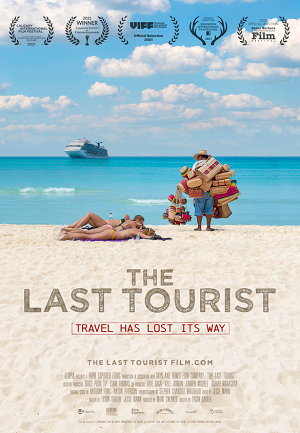 The Last Tourist – documentary on the pitfalls of over tourism

The Last Tourist is a new documentary that addresses these issues and offers tangible ways people can make necessary changes. Travel is at a tipping point. Tourists are unintentionally destroying the very things they have come to see. Overtourism has magnified its impact on the environment, wildlife, and vulnerable communities around the globe. Filmed in over 16 countries and guided by the world’s leading tourism and conservation visionaries, The Last Tourist reveals the real conditions and consequences of one of the largest industries worldwide through the forgotten voices of those working in its shadow. The role of the modern tourist is on trial.

As the world acknowledges two years since the start of the pandemic, the travel industry is seeing strong signs of optimism with borders reopening around the world and travellers starting to pack their bags again. The two-year milestone is also an apt time to reflect on what the pause in mass tourism has taught us, and to reassess how travel can return in a more responsible and conscious way. The documentary came well before the pandemic, but the timing of the documentary’s release could not be more relevant as the world’s borders reopen and people look to travel with more purpose and intention.

The Last Tourist empowers audiences with the knowledge and inspiration to make a positive impact, and fundamentally change the way we travel. During the cinematic journey viewers will meet local heroes who are leveraging tourism to preserve cultural heritage, sustain wildlife, and support the social and economic wellbeing of communities.

This will most likely be an eye-opening experience to the majority of “tourists” out there, and it comes at a time when travel is beginning to accelerate again, which could very well accelerate mass travel to even higher numbers than pre-pandemic levels. Although travel is a luxury for many people, there must be a drastic and immediate change in the mindset of travellers, and in particular “tourists”. Yes, there is a difference, many in fact.

Typically, a tourist is wanting to check off their bucket/instagram photo list, they travel for the primary purpose of pleasure, they book locally in their home country with a travel agency, they prefer westernized accommodations and transportation methods, and tend to travel in groups. Whereby, a traveller often travels solo or with one other person, spends a longer period of time travelling, does a lot of their own research and books locally with companies at the destination they are travelling to, plans their own itinerary, and tries to submerse themselves in the local culture as much as they can.

The Last Tourist does a good job and bringing to light some of the atrocities of travel, and the pending doom of certain “tourist” sites, and the world itself. Terms such as over-tourism and it’s opposite, sustainable and responsible tourism, are used throughout to try and educate viewers of the effects they have when booking travel. For instance, the tiny percentage of the total cost of your trip that ends up in local hands, and how buzz words can make travellers think they are doing a good thing, but in reality they are doing more harm. Some are obvious, like visiting any facility that uses animals for entertainment purposes only, while others not so obvious, like volunteering at local orphanages.

There are several well-spoken individuals who appear in the film, offering personal insight and recommendations on how we can curb the decline of tourism, and reclaim it in a responsible manner with added sustainability. Travel is one of the best educational tools humans have, and it would be horrible to lose ground on this for the sake of uninformed or uncaring “tourists”.

The pandemic caused us to pause, and give the earth a break from mass tourism, so let’s look at lessons learned and what can be done to NOT return to normal. Small steps can lead to big changes, and for those willing to try, here’s a challenge for you. Next time you travel, bring your own reusable coffee mug and water bottle, if you don’t already. Let’s aim for safe and healthy travels for all future generations, by making changes today. 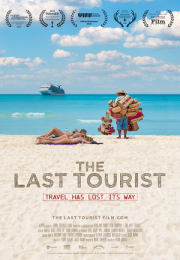 The documentary – which was awarded with the ‘Special Jury Prize for Social Impact’ by the Canadian Documentary Jury at the Calgary International Film Festival – examines the history of modern tourism and offers a critique on its current state of affairs. It explores important issues including animals suffering for entertainment, orphaned children exploited for profit, and developing economies strained under the massive weight of foreign-owned hotel chains.

“We’ve always said travel – community tourism in particular – could be the biggest distributor of wealth the world has ever seen, and even the fastest path to peace which is such an important message right now. We wanted to bring this message, which is  illustrated by a series of life-changing stories, to life on the big screen and at the same time expose some of the often well-intentioned but harmful practices many tourism experiences support,” said Poon Tip.

“The Last Tourist demonstrates what a dire state the industry was in pre-pandemic, and recommends tangible ways travellers can use their personal power to have a positive impact as the world reopens to international travel again. I ask that everyone who travels, and cares about the impact they have when they do, watches this important film when it is released on April 05, and spreads the word about how there is a better way to travel,” he said.

Director, Tyson Sadler, says the film took the team on a journey to 16 different countries. “We interviewed dozens of leading travel experts, tour operators and academics, as well as travellers and tourism service providers in host communities that are leveraging travel to improve their quality of life. We amassed nearly 400 hours of footage that was edited into a 90 minute film pulling back the curtain on one of the world’s largest industries to illustrate the true cost of travel on the environment, wildlife, and host communities,” says Sadler.

The Last Tourist had its world premiere at the Vancouver International Film Festival, and will be released by Elevation Pictures in Canada via digital and on-demand platforms including on Apple TV and Amazon from April 05, 2022, with a supporting theatrical run in select theatres from April 01, 2022.

For more information on The Last Tourist, visit www.thelasttouristfilm.com. Available from Elevation Pictures.

For more on the future of sustainable travel, here are a few related articles below –

A sustainable recovery for travel companies