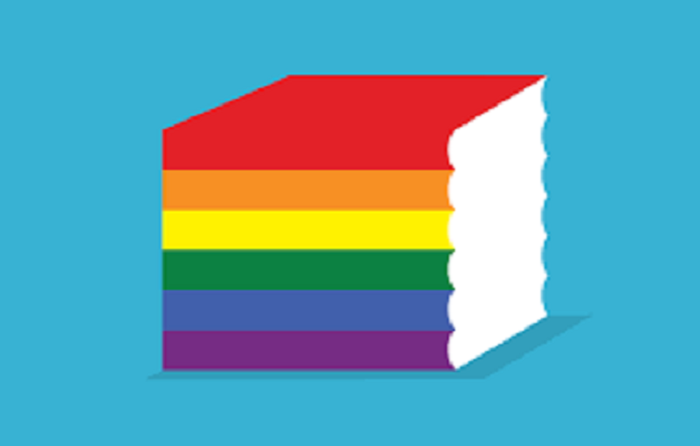 Here at PinkPlayMags we’re always on the look out for interesting book recommendations for our readers, and below are four recent finds that are as diverse as you are. Get ready for a summer of relaxed reading!

From Gay to Z A Queer Compendium 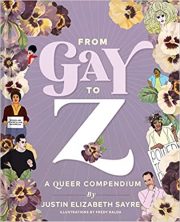 This illustrated compendium celebrates LGBTQIA+ history and culture, written by and according to culture icon Justin Elizabeth Sayre. Based on Sayre’s five-part show in New York City, From Gay to Z is a humorous collection of the rich legacy of gay culture, told through the letters of the alphabet. From ABBA to addiction, hair and makeup to HIV, Fannie Flagg to fierce, Sayre offers their own perspective on the things that have influenced gay culture today, including iconic figures, historical moments, ongoing issues in the LGBTQIA+ community, and everything in between. As gay culture is always evolving and different for everyone, this book does not serve as a definitive guide—instead, Sayre encourages readers to use this knowledge to reflect on the things that have informed their personal identities. Engagingly written and beautifully designed, From Gay to Z is a distinctive and dynamic look at gay culture for LGBTQIA+ readers everywhere. Sayre’s writing is lively, engaging, and rich. The entries have their own style and contain humorous anecdotes, facts, commentary, and more–all told through Sayre’s animated yet authoritative voice.

Sayre is active and well-known in the LGBTQIA+ community and beyond. They’ve been recognized as one of “LA’s 16 Most Talented LGBT Comics” by Frontiers Magazine, and their debut comedy album, The Gay Agenda, was named one of 2016’s “Best Things in Comedy” by The Comedy Bureau. They host their own podcast, Sparkle & Circulate, where they interview performers, writers, and other creative minds of the LGBTQIA+ community. As an activist, Justin’s charity benefit show, “Night of a Thousand Judys,” raises money for the Ali Forney Center for Homeless LGBTQIA+ youth and is now in its 7th year. 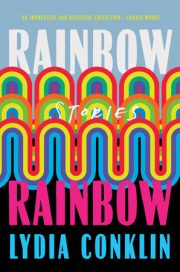 A fearless collection of stories that celebrate the humor, darkness, and depth of emotion of the queer and trans experience that’s not typically represented: liminal or uncertain identities, queer conception, and queer joy In this exuberant, prize-winning collection, queer, trans, and gender-nonconforming characters seek love and connection in hilarious and heartrending stories that reflect the complexity of our current moment. A nonbinary writer on the eve of top surgery enters into a risky affair during the height of COVID. A lesbian couple enlists a close friend as a sperm donor, plying him with a potent rainbow-colored cocktail. A lonely office worker struggling with their gender identity chaperones their nephew to a trans YouTube convention. And in the depths of a Midwestern winter, a sex-addicted librarian relies on her pet ferrets to help resist a relapse at a wild college fair. Capturing both the dark and lovable sides of the human experience, Rainbow Rainbow establishes debut author Lydia Conklin as a fearless new voice for their generation.

Bi: The Hidden Culture, History and Science of Bisexuality 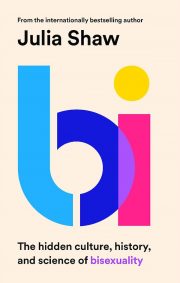 A provocative and eye-opening book on the science and history of bisexuality, from the internationally bestselling author and co-host of BBC podcast Bad People. Significant strides have been made in recent years in the movement for LGBTQ+ rights, visibility and empowerment, but the conversation is far from over. After years of feeling the crushing dearth of information on bisexuality, psychological scientist and bestselling author Dr Julia Shaw dug deep and found a colourful and fascinating world that she is bringing out of the shadows. It is a personal journey that starts with her own openly bisexual identity, and celebrates the resilience and beautiful diversity of the bi community. In Bi: The Hidden Culture, History and Science of Bisexuality, Shaw explores all that we know about the world’s largest sexual minority. From the hunt for a bi gene, to the relationship between bisexuality and consensual non-monogamy, to asylum seekers who need to prove their bisexuality in a court of law, there is more to explore than most have ever realised. This rigorous and fun book will challenge us to think deeper about who we are and how we love. 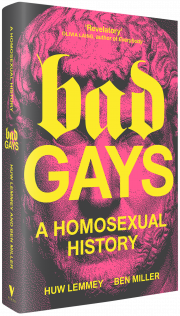 Too many popular histories seek to establish heroes, pioneers and martyrs but as Huw Lemmey and Ben Miller argue, the past is filled with queer people whose sexualities and dastardly deeds have been overlooked. We all remember Oscar Wilde, but who speaks for Bosie? What about those ‘bad gays’ whose unexemplary lives reveals more than we might expect? Part revisionist history, part historical biography and based on the hugely popular podcast series, Bad Gays subverts the notion of gay icons and queer heroes and asks what we can learn about LGBTQ history, sexuality and identity through its villains and baddies. From the Emperor Hadrian to notorious gangster Ronnie Kray, the authors excavate the buried history of queer lives. This includes fascist thugs, famous artists, austere puritans and debauched bon viveurs, imperialists, G-men and architects. Together these amazing life stories expand and challenge the mainstream assumptions of sexual identity. They show that homosexuality itself was an idea that emerged in the nineteenth century and that its interpretation has been central to major historical moments of conflict from the ruptures of Weimar Republic to red-baiting in Cold War America. Amusing, disturbing and fascinating, Bad Gays puts centre stage the queer villains and evil twinks in history,