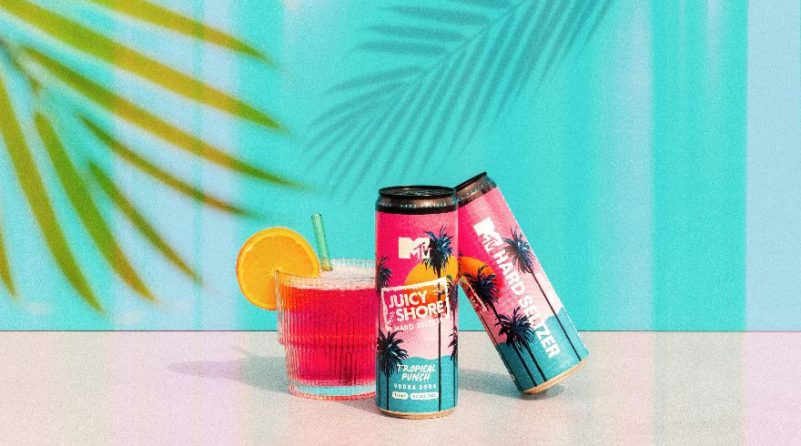 Steam Whistle Brewing has been a staple within Toronto’s beer drinking circles for decades, and recently they started branching out by purchasing and collaborating with other beverage brands. They now own and distribute Beau’s All-Natural Brewery beers and act as the Canadian distributor for New Belgium Brewing (Fat Tire Amber Ale, Voodoo Ranger IPA),  the Sandbagger line of Gin Beverages, and Phillips Brewing & Malting Co. (Electric Unicorn). Now they have launched their latest acquisition, the uber-cool ready-to-drink MTV Hard Seltzer, Juicy Shore.

This new Hard Seltzer plays off MTV’s Jersey Shore. For the last five seasons Jersey Shore Family Vacation has been situated in Miami.  Juicy Shore Tropical Punch Vodka Soda quenches thirst with its tropical imagery and fruit-flavoured sensation. This classic tropical punch is juiced-up with premium neutral-spirit vodka, pours a pleasing coral colour and is lightly carbonated.  Juicy Shore is also Gluten Free, and has only 4g of sugar and 120 calories per 355ml slim can. MTV Hard Seltzer has a light-hearted, tropical taste yet with a full 5% alc./vol. hard seltzer punch!

MTV Hard Seltzer is the drink that celebrates the spirit of MTV memories, rooted in pop culture and a social lifestyle that encourages an authentic expression of one’s self.  MTV has led pop culture worldwide for over 40 years by fueling conversation, while being the ultimate music insider. “I want my MTV” could indeed be the comeback anthem of 2022. 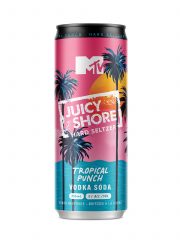 Slim cans of 355ml Juicy Shore Tropical Punch Vodka Soda are now available at your local LCBO for $2.95, as well as at select bars and restaurants, and the Roundhouse (255 Bremner Blvd), with further national distribution to follow across the country. Additional flavours will be unveiled in 2023.