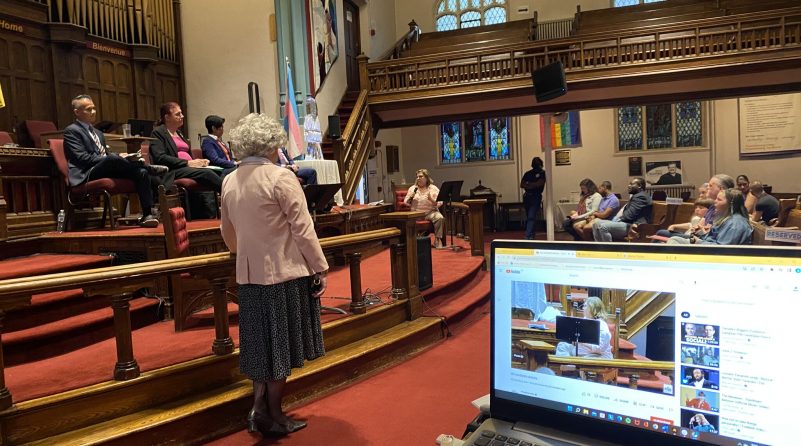 If you did not vote, you are part of the problem

Ok, OK, OK, I know, we have had enough of politics. We had enough of the same old speeches, same old elections, same results. It is hard to believe that only 41% eligible voters voted in the last Provincial election. What makes it even worse, is that Doug Ford won a major majority with 18% of the eligible voters in the Province of Ontario.

If this is not a wake-up call to every Political Party in Canada, I do not know what is. Even the last federal election had a similar turn out of eligible voters.

Right now, we have the Ontario NDP and Ontario Liberals sitting in their offices licking their wounds, saying, “What did we do so wrong? Boo Hoo, poor me. I know what to do, we will send out a survey to all our members who support us and ask them what we did wrong because they will tell us the truth and not just tell us what we want to hear.” Yes, that is right. You guessed it, that is the answer by them, send out a survey to their members. Not try to reach out to people that did not support them to ask why they did not support them. Or God forbid, reach out to the thousands of union members who supported Doug Ford, and ask them why?

Federal Parties did the same thing too.

We are living with COVID, we have seen that our systems are not people focused, they are big corporate focused. We learned people need full time living wage jobs, not three part time minimum wage jobs, yet here we are with companies screaming there is a labour shortage, when in fact it’s a living wage job shortage.

Let us talk about the Leaders Debate that Prides across Ontario tried to put together. Ontario Prides, which included Toronto, North Bay, Hamilton, Sudbury, etc. They all came together and said to the leaders of all the Political Parties, we want to hold a Leader’s debate. This is not the first time a request has come from Prides either, North Bay Pride has been asking both the federal and provincial leaders since 2018. QueerVote took the lead and let me tell you, it’s a great organization that will make some major changes one day in the political systems.

Anyway, other then Green Party’s Mike Schrenier, the leaders and their parties basically ignored us. Maybe that is why the Ontario Greens had one of the biggest increases in votes this year even though we had the lowest voter turnout in history of Ontario. And they came very close to winning their second seat in Muskoka. Mike seemed to know; they needed to be there.

After a lot of pressure, the parties decided they would send a representative to the debate which was streamed live from Toronto. Which you can see here.

But again, although the 2SLGBTQ+ were part of the discussion, the discussion was suppose to include all equity seeking voices and communities and the reps lost that point some where.

All I know is that Prides tried to change the discussion in politics, and so many of you missed it. Prides took a political stance, like they are supposed to, because that is the grassroots of Pride and you missed it. Political parties did hear the call for change, and you missed that too.

Political Parties, well most of them are usually good at getting candidates that come from communities like ours, but they just seemed to not want to hear from us this time.

To make matters worse, media outlets like BellMedia, CBC and Corus Entertainment, would not work with the Ontario Prides to help them or cover the political debates. They are great at trying to get community representation in their shows that are comedy, drama etc. But it seems when marginalized voices need to be heard, you get ignored or told to just sit down and be quiet because you had your month.

We wrote a report on the experience of Pride and Politics, but not one media outlet, not one political party, not one leader has reached out to us to say “Hey, let’s talk because you have raised some very important issues.” It really makes us question what political leaders are truly about if they are not listening to communities.

The Federal Government created the Federal Debate Commission which was supposed to support getting voter engagement back into politics. But their report says the same old thing about the same old political system and debates and keeps pushing the same format of debates, so what was the point of them? I looked at the committee and advisors, and its funny to see a bunch of wealthy people sitting on a committee getting paid trying to say they know what marginalized communities want as they have never been part of the community they are talking about. Big media treats Federal Debate Commission like they are the be all end all in politics. We sent Federal Debate Commissioner a copy of the report too, but they have ignored us too.

Do not get me wrong, there was some great coverage by rural local papers and independent media, but the major ones had no time of day for any of us, which is disturbing, because they all received Federal Funding at some point especially during COVID.

Having said all this. We have no choice but to vote because we need people in politics that listen to us, the communities, the people. Because once we get the right person in office, the system can be changed, and the change will be good for us all.

I am not writing this article / blog just to bitch about politics, I want politics to change and want leaders to hear the call for change, because so far, they cannot hear anything except from the people around them that block you from being heard. That is why I wrote this, but again, I am guessing this will be ignored, and by many of you too. Because you are part of the problem too. Stop playing your role in this problem and be the solution, because if you do not step up, it will only get worse from here and we all deserve better.