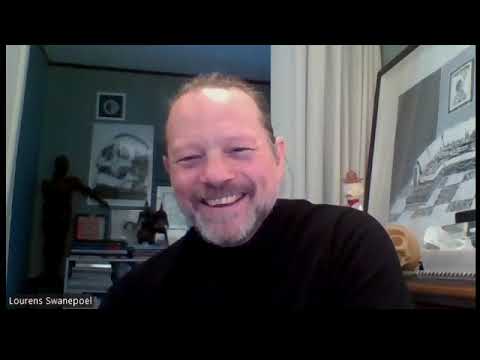 How Lourens Lost 12 Lbs., And Got Rid Of Lifelong Headaches In 3 Months

This article will be a firsthand account of how one of our team members, Val, helped one of our clients, Lourens, lose 12 lbs in 3 months, and get rid of lifelong headaches.

Lourens and I started working about 3 months ago. He was no stranger to physical activity and exercise: he had an in-person personal trainer for some time a decade or so ago, and even after that, he would regularly go to the gym by himself. Lately however, his lifestyle was on a slightly more sedentary side, which took a toll on his well-being:

And these are simply the results of his job change. Never mind the issues that he had going on for a long time. One of the biggest ones is frequent headaches – at times so bad they would decommission him for a whole day! These have been going on since he was a kid.

Oh and did I mention terrible sleep?

In this article, you will learn:

WHAT HIS LIFE WAS LIKE BEFORE HE STARTED WORKING WITH US

If you’re wondering about the name, it’s South African. That’s where Lourens is from. He came to Canada in 2013.

Just before he came to Canada, he was working with a personal trainer in South Africa. After arriving in Canada, he’s tried a few different things, like Crossfit, just going to the gym, and so on.

But even when he was in good shape, he was getting headaches and migraines. Very severe ones. Since he was a kid. They came every 2-3 days, and sometimes so bad, he had to take days off work.

He pretty much thought this was his entire life, so he just “learned to live with them.”

Once COVID hit, his regular workouts were halted (for obvious reasons), and he started to:

All in all, he wasn’t enjoying every day, and even mentioned that he’s starting to feel his age (50).

WHAT LOURENS HAS TRIED BEFORE

There are a bunch of things that Lourens has tried before working with us:

Eventually, he came across a presentation that Igor was doing, he did an assessment with Igor, and then got partnered up with me 🙂

Although it wasn’t totally that simple. Lourens did have certain hesitations about starting to work with an online personal trainer.

After all, I live in BC, and Lourens is in Ontario.

One of his hesitations was whether he could get results through a camera. And another one is whether he would get along with the trainer.

As you can guess from the fact that you’re reading this success story, the answers were “yes” and “yes.”

Even before the pandemic, I was doing some online personal training, and learned that the keys to making it work are twofold:

Based on his situation, you can figure out Lourens’ goals:

He had pretty much given up on the migraines and headaches, since he thought that that’s just something he lives with, since those have been there his entire life. So that wasn’t even a goal of his.

THE PROGRAMS I USED WITH LOURENS

Every time I start coaching a new person, my goal is to show them a positive result as soon as physiologically possible.

Most of the fitness objectives we work with take some time (like body composition changes), but if we can boost a client’s daily energy levels or reduce pains, that should boost that person’s motivation, compliance, and most importantly have trust in the program.

Improvement in energy levels and pain relief is a much faster process than fat loss. With fat loss, it’s about 1-2 pounds per week. So if someone wants to lose 20 pounds, that’s a 10-20 week process. Improvement in energy levels can happen in 1-2 weeks. Pain relief can be anywhere from a few days to 1-2 weeks (maybe not complete pain elimination, but certainly relief).

Just like so many people before, Lourens was a bit apprehensive at starting to work with a trainer, especially in an online format that was new to him. I wanted to make sure he felt comfortable that he made the right decision for himself and has faith in the process.

From his initial movement assessment, I determined that we needed to strengthen Lourens’ posterior chain: glutes, hamstrings, lower back.

There was an imbalance in hip strength between his right and left sides, and that will create uneven forces around the hips and lower back. So his hips needed to rebalance their strength each side independently as well, before adding bilateral exercises to his program.

Overall he has developed what we call Lower Cross Syndrome (or what I personally call the “desk job syndrome”): tight hip flexors and low back muscles coupled with weak abs and glutes.

Give it enough time, and it’ll manifest in discomfort or even a dull pain in the lower back, and that’s what I suspected was bothering Lourens.

His warm up consisted of mobility exercises to release his hip flexors, activate glutes and abs, and improve the range of motion in his back and chest.

Here’s an example of one of his first training phase programs:

For Lourens’s diet, my goal was to introduce a nutritional foundation by having a balanced plate of protein, vegetables, carbohydrates and fats, but also to see if we can reduce his headaches.

As a person who grew up with frequent headaches myself, I had a few ideas how I can help him out.

There are many causes for headaches and migraines, and not all of them are well understood by science. Common causes would be constricted blood vessels, chemical change in the brain and muscle tension, and those can be caused by:

As you can see, it can be anything. So I started him with the basic morning routine:

If you want to read the rest of this article, visit: How Lourens Lost 12 Lbs., And Got Rid Of Lifelong Headaches In 3 Months

If you’d like to see and hear Lourens tell his own story, he does so in a detailed 21-minute interview.

If you’d like to go through the same program as Lourens, but tailored to your body, just fill out the application form on our home page.

Igor Klibanov is the author of 7 books on exercise and nutrition, and the CEO and founder of Fitness Solutions Plus. He is a sought-after wellness speaker, having delivered over 400 presentations to some of Canada's largest corporations. Get a free PDF version of his book, STOP EXERCISING! The Way You Are Doing it Now - http://www.fitnesssolutionsplus.ca/stopexercising