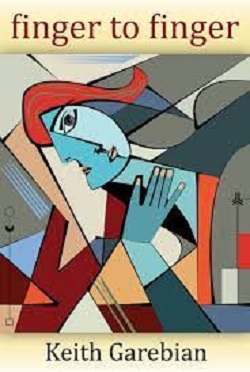 Keith Garebian’s tenth poetry collection, Finger to Finger, may come as a surprise even to those of us who are used to his soul-baring, as evidenced in his finely wrought collection about ancestry, Poetry Is Blood, or his frank reflections on surviving cancer, Scan. I say surprise, because this may be his strongest and most personal collection yet.

In his tenth poetry collection, Keith Garebian writes with savage honesty about love and its discontents, art, travel, disease, and aging. The poems have revealing gestures and situations, all drawn from personal experience. Though pared down, they have edge, and their lyrical fluency, with striking turns of feeling and imagery, never obscure the poet’s beating heart and vulnerabilities.

In a world that has little time for such small acts of grace as poetry offers, this volume illumines the elusive facets of love. (“Stars overhang us in fond silver: / not cosmic tinsel but celestial / music for special ears.”) Divided in six sections, it outlines in flashes of brilliance five relationships that have marked his life, progressing from the first feelings of limerence (“…my love couldn’t afford / a perfect sapphire / on a teacher’s poverty”) through to the forgiveness that comes, if it comes at all, with age as it lies at death’s door. (“Having forgiven each other / for the chaos of our marriage, / I reached for her wrinkled hand …”)

The reflections are deep and often startling. Beginning with his first wife and mother of a son born prematurely (“Michael / could not take a nipple, / Caryl’s scant milk drying. / What leaked from her instead / was love and grief”), it goes on to outline three more heterosexual relationships in the poet’s life: Joan, “actress, divorced, flamboyant”, “Blonde, blue-eyed Marla”, and finally Judith who, “like me, was divorced, / clear-eyed, pragmatic”, and who gardened until “I saw the tangled / roots within her.”

It is with the fifth section, however, that an abrupt transition to same-sex relationships occurs. (“You were supposed to be / a one-time thing. / When did you become / my first male love?“) This revelation leads to the poet’s reawakening to life, like Dante, who “went astray / from the straight road and woke to find myself / alone in a dark wood.” Here he is free to imagine and reinvent his lover as “a capering clown” or “as a geisha / hair lacquered gleaming black, / sharp-toothed abalone comb in place…” while “being beautiful / and brutal, tender and cutting, / Various things true at once…”

Each poem packs an emotional punch, whether it be in the poet’s searching for forgiveness (“I write / hoping to forgive myself / for so often preferring books above / humans, their panoply / of insincerity, their cruelty…”) or seeking closure in a relationship through an act as small as one finger reaching out to touch another (“…trying to do one, just one / last good thing, in a moment / of making, and unmaking.”)

With such acts, the poet becomes his own Virgil, guiding himself through the lower depths all the way to some semblance of Paradise in the book’s final section, which blossoms into what may be his richest relationship of all—his love for life and the world at large: “We are, each of us, / the ocean in a beached shell, / yearning for the song of ourselves…” Here, at last, there is no more searching, only “Intimacy enlarged / this humanness—”

This welcome volume is an elegy to a lifetime of love, spent or misspent, looking back over the road where it lies, tattered and bleeding, and sometimes, in small gestures or moments, where it triumphs. In its honesty and searing intimacy, it ranks Garebian among our finest poets of this or any generation. 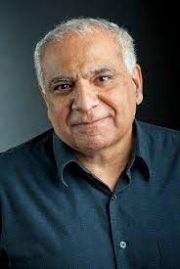 Keith is the author author of 29 books (ten of poetry), and and two chapbooks to date.  He has been a juror for for both the Gerald Lampert and Raymond Souster Awards for the League. Some of his poetry has been translated into French, Armenian, Hebrew, Romanian, and Bulgarian.