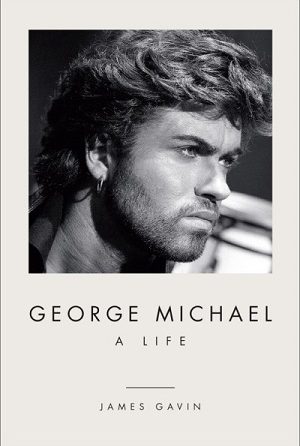 George Michael was an extravagantly gifted, openhearted soul singer whose work was both pained and smolderingly erotic. He was a songwriter of true craft and substance, and his music swept the world, starting in the mid-1980s. His fabricated image—that of a hypermacho sex god—loomed large in the pop culture of his day. It also hid—for a time—the secret he fought against revealing: Michael was gay. Soon his obsession with fame would start to backfire. As one of the industry’s most privileged yet tortured men began to self-destruct, the press showed little sympathy. George Michael: A Life explores the compelling story of a superstar whose struggles, as well as his songs, continue to touch fans all over the world.

Acclaimed music biographer James Gavin traces Michael’s metamorphosis from the shy and awkward Georgios Kyriacos Panayiotou into the swaggering, dominant half of the leading British pop duo of the 1980s Wham!; he then details Michael’s sensational solo career and its subsequent unraveling. With deep analysis of the creative process behind Michael’s albums, tours, and music videos, as well as interviews with hundreds of his friends and colleagues, George Michael: A Life is a probing, definitive portrait of a pop legend.

James Gavin is a writer and music biographer whose work has appeared in the New York Times, Time Out New York, and Vanity Fair. He is the author of Deep in a Dream: The Long Night of Chet Baker, Is That All There Is?: The Strange Life of Peggy Lee, and Stormy Weather: The Life of Lena Horne. He lives in New York City.