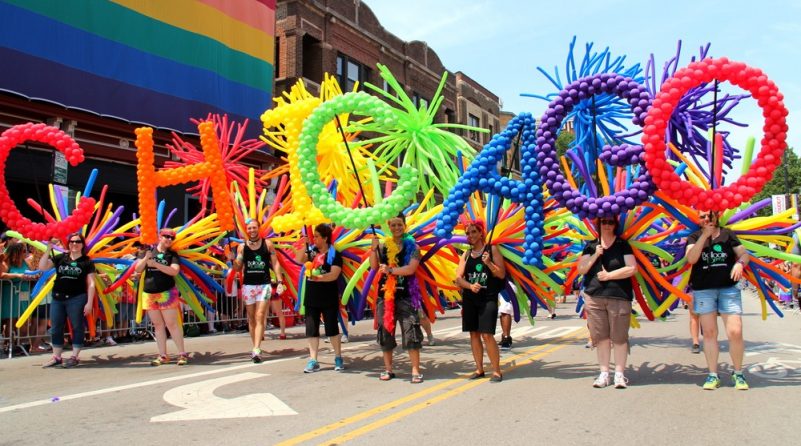 Chicago – make architecture a must on your next visit

Fall and even winter are great for a visit to the Windy City. I finally got around to taking the Chicago Architecture Foundation Center river cruise aboard Chicago’s First Lady to learn about the amazing and varied styles of Chicago’s high rises – and the history of this young city which was totally rebuilt after the fire of 1871. Also, visit their museum (the Chicago Architecture Center at 111 E. Wacker).

You will learn about Chicago’s history and its varied and incredible skyscraper styles. The skyscrapers old and new are amazing. The Wrigley Building was built in 1927 and features terra cotta. The London House was built in 1923 in the Beaux Arts style. The Civic Opera Building is an art deco gem with its narrow tall windows. The Willis Tower (originally the Sears Tower) opened in 1974. The Carbide and Carbon building with its gold roof is a 1929 Gem. Boat tours run through November 20. Details at architecture.org. My favorite new building is the St. Regis Chicago which is the 11th tallest in the United States and the tallest designed by a woman.

OTHER THINGS TO DO

Visit the many museums (Field Museum, The Art Institute, Shedd Aquarium, and Museum of Science and Industry). Buy a City Pass and save on admission.

Shop ‘til you drop along the Magnificent Mile (Michigan Avenue) just north of the loop (downtown).

Visit Andersonville, the other LGBTQ hood (besides Boystown, now known as Northalsted).

There is something happening every night at Sidetracks, the iconic video bar on Halsted in the heart of the gay village. This includes show tunes, drag bingo, trivia, and more. Try the champagne for $7 or the ice burg cocktail made with Stoli Vodka, club soda, and their red slushy drink.  See ads for all the bars at www.GRABChicago.com which also has a map.

I always stay at the Hotel Versey in Lakeview East (north of downtown near the Northalsted neighborhood formerly known as Boystown). Validated parking is just $20 for 72 hours in the nearby Century Shopping Center garage (2828 N. Clark) and they provide free use of the LA Fitness there too.  They are near the Diversey stop on the Brown Line. Other local favorites are The Willows, the Best Western Hawthorn Terrace, and the Majestic. The new Inn at Old Chicago also is in the neighborhood. (Avoid the Michigan Avenue and Loop Hotels and enjoy this vibrant neighborhood.) Rates have gone up so shop around, and never stay anywhere that charges a resort fee.

If you stay at the Hotel Versey or other hotels in Lakeview East, stop by Dom’s Kitchen and Market (2730 N. Halsted) for some gourmet delights. I liked the grilled salmon oreganata meal, the Italian sandwiches, and coffees. They have tables so you can eat there or take it back to your room. Also nearby is the more affordable Trader Joe’s (667 W. Diversey Parkway) if you want to take a sandwich back to your room. Café Deko (800 W. Diversey) has great coffee. Renaldi’s Pizza (2827 N. Broadway) has the best pizza including slices to go. Stan’s Donuts at Clark and Diversey is another local favorite. The Foxtrot Market (2801 N. Broadway) has great coffee as well as breakfast tacos. Just up the street on  Broadway is Mariano’s, another gourmet grocery store with a hot food bar as well as a wine bar. All are within steps of the Hotel Versey. You will have to diet after a trip to Chicago, a city known for its great pizza and ketchup-less hot dogs.

GETTING THERE AND GETTING AROUND

Walk or take the CTA bus or subway. You won’t need a car. The 152 bus from Sheridan and Diversey will take you to Michigan Avenue, the Loop, and Union Station. Metra (the commuter rail) will bring you in from the suburbs. The city has great Amtrak service and is a hub for both American and United.

Chicago has two airports: Midway (closer in, mainly Southwest flights) and O’Hare. Both have CTA trains to the City. I like Midway because it is closer. (Canadian friends can take Porter Airlines from Toronto’s City Airport right into Midway.)  O’Hare has the other international flights.

Cashiers will ask you if you want a bag. What they mean is if you want to pay for one. They charge 7 cents in Chicago.

If driving, beware of red light cameras. Never try to run the yellow as you will get a ticket from their camera system. Best of all, avoid driving and take the CTA. Or walk.

As Mark Twain said in 1883, “It is hopeless for the occasional visitor to try to keep up with Chicago. She outgrows his prophecies faster than he can make them.” As the city notes (see Chicago.org), “Chicago was only 46 years old when Mark Twain wrote those words, but it had already grown more than 100-fold, from a small trading post at the mouth of the Chicago River into one of the nation’s largest cities, and it wasn’t about to stop. Over the next 20 years, it would quadruple in population, amazing the rest of the world with its ability to repeatedly reinvent itself.” And it is arguably one of the best run and most LGBTQ friendly cities in the country, from lesbian Mayor Lori E. Lightfoot on down. It combines big city NYC-style offerings with Midwestern aw shucks friendliness.

Visit the Choose Chicago website or pick up a copy of GRAB Chicago Magazine (GrabChicago.com), the only remaining in print LGBTQ publication.