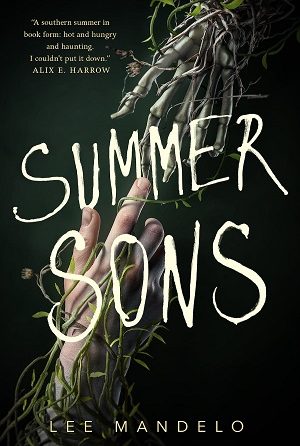 Summer Sons is a sweltering, queer Southern Gothic that crosses Appalachian street racing with academic intrigue, all haunted by a hungry ghost.

Andrew and Eddie did everything together, best friends bonded more deeply than brothers, until Eddie left Andrew behind to start his graduate program at Vanderbilt. Six months later, only days before Andrew was to join him in Nashville, Eddie dies of an apparent suicide. He leaves Andrew a horrible inheritance: a roommate he doesn’t know, friends he never asked for, and a gruesome phantom that hungers for him.

As Andrew searches for the truth of Eddie’s death, he uncovers the lies and secrets left behind by the person he trusted most, discovering a family history soaked in blood and death. Whirling between the backstabbing academic world where Eddie spent his days and the circle of hot boys, fast cars, and hard drugs that ruled Eddie’s nights, the walls Andrew has built against the world begin to crumble.

And there is something awful lurking, waiting for those walls to fall.

LEE MANDELO is a writer, critic, and occasional editor whose fields of interest include speculative and queer fiction, especially when the two coincide. They have been a past nominee for various awards including the Nebula, Lambda, and Hugo; their work can be found in magazines such as Tor.com, Uncanny Magazine, Clarkesworld, and Nightmare. Aside from a brief stint overseas learning to speak Scouse, Lee has spent their life ranging across Kentucky, currently living in Lexington and pursuing a PhD at the University of Kentucky.