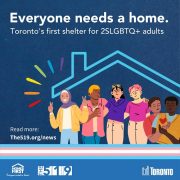 by: Bryen Dunn in Community

The 519 and Homes First Society have partnered to open the first transitional shelter for LGBTQ+ adults. Located in the city’s west end, the shelter provides beds for up to 20 people and provides temporary housing to LGBTQ+ refugees with a focus on trans women.  The new shelter is funded by the City, operated by […] 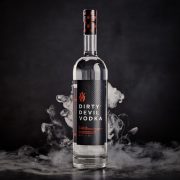 Quebec produced Dirty Devil Vodka is now available at the LCBO in Ontario. Beyond the intriguing and seductive name, it’s actually a deliciously tasting vodka presented in a delightfully designed bottle. With the holidays upon us, who wouldn’t want to get a bit dirty and devilish between all those family commitments? Hands up! So what makes […]

Wacaco Company Ltd has launched its second generation edition of the well-known Minipresso NS capsule espresso machine. By merging its coffee expertise and engineering know-how into a brand-new design, Wacaco has conceived the most compact and capable capsule espresso machine yet. Designed to work exclusively with all types of Nespresso®* Original capsules and compatibles, the […]

by: Bryen Dunn in Cannabis / CBD

Ace Valley recently launched of their new Sativa dominant Lust Cherry Rose and Thrust Watermelon Goji cannabis gummies, created specifically to explore the relationship between cannabis and sex. This is the latest in their line of ready-to-enjoy products that also includes, pre-rolls, vapes, and beverages. The launch was held at Toronto’s female forward sensuality shop […]

City Guide – San Juan, Puerto Rico – what to do, where to eat, where to stay

by: Bryen Dunn in Travel

With glistening turquoise waters, golden-sand beaches and streets teeming with vibrant music and art, the Island of Puerto Rico is the characterful hidden-gem of the Caribbean and is the perfect spot to escape to for winter fun in the sun. Known for its blend of Old World charm, lively nightlife and local flavour, Puerto Rico’s colourful […]

by: Bryen Dunn in Travel

Whether relaxing on the beach, adventuring in the jungle, or soaking up the culture, Puerto Vallarta has a wide range of activities for everyone to enjoy in the tropical sunshine this winter. With colder weather in sight, there’s no better way to extend the sunshine and outdoor fun than a fun-filled vacation to the seaside […]

Angel’s Envy Kentucky Straight Bourbon Whiskey, the next chapter of Bourbon, is #1 Ultra Premium bourbon in the USA, and is now available in Canada as well, just in time for the holiday entertaining season. Whisky is an ideal winter drink, and with its rich and complex flavour profile, Angel’s Envy makes it perfect for […] 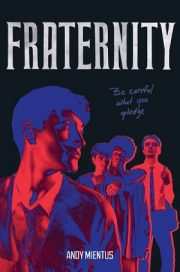 by: Bryen Dunn in Books

Fraternity is a queer, dark academia YA story about a mysterious boarding school, a brotherhood that must stay in the shadows, and an ancient evil that could tear it all apart. In the fall of 1991, Zooey Orson transfers to the Blackfriars School for Boys hoping for a fresh start following a scandal at his […] 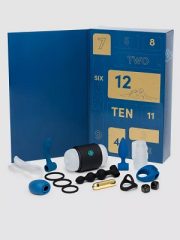 by: Bryen Dunn in Sex & Sexuality 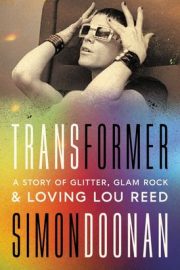 by: Bryen Dunn in Books

In this funny and poignant memoir and cultural history, the television personality, columnist, and author of Drag pays homage to Lou Reed’s groundbreaking album Transformer on its fiftieth anniversary and recalls its influence on his coming of age and coming out through glam rock. In November 1972, Lou Reed released his album, Transformer because he thought it was “dreary for gay […]