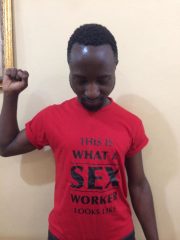 by: Emmanuel M in African Perspectives

Uganda has been dubbed ‘the world’s worst place to be gay’ by The British Broadcasting Corporation (BBC) in one of its documentaries. Yet in the midst of all the persecution, an organisation by and for gay male sex workers provides much-needed assistance to a rather clandestine group. Mr Kakande Cameron, Director of Men of the […]

by: Emmanuel M in African Perspectives

Persecution of gay people in Uganda has reached international recognition. Legislation proposed life imprisonment or even death for sex between men. Ugandan newspaper ‘The Rolling Stone’ at one time was in the business of outing gay people. This resulted in a lot of persecution and death, including the death of David Kato in 2011. David […]